Walter Deemer retired in 2016 after a 52-year career as a market analyst. He started working for the legendary Bob Farrell at Merrill Lynch in 1964, then went to Tsai Management and Research in New York and Putnam Investments in Boston before striking out on his own in 1980.  He graduated from Penn State with honors in 1963 and has been aggressively continuing his education in the School of Hard Knocks ever since.

He has been married to his wife, Bobbie, for 47 years.  They live in the independent wing of a senior living facility in Palm City, Florida, where he enjoys watching the market and maintaining an impish presence on Twitter.

He has written four books, which are readily available on Amazon, and was honored to be presented with the Market Technicians Associations’ Annual Award for lifetime achievement in 2015. For more information about his four books go here. 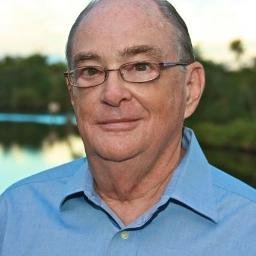